As people live, so do the bells ring.
Previous
Next

The Hotel and Restaurant Ciocca is one of the oldest buildings in Castelnuovo Don Bosco. In fact it was born over a hundred years ago as a benchmark for the provinces of Asti and Torino.

Ever since it welcomes tourists and passers-by who want to stay in the green of these places.

Ciocca is named after the Piedmontese dialect “cioca” (bell in english) and it’s the same old bell in the main square of the town that were used to call the farm hands to work in the lands.

The inn Ciocca was composed from a stall, a carriage rent and a post office. In the very same place where now the restaurant appears, there were stalls and horses. 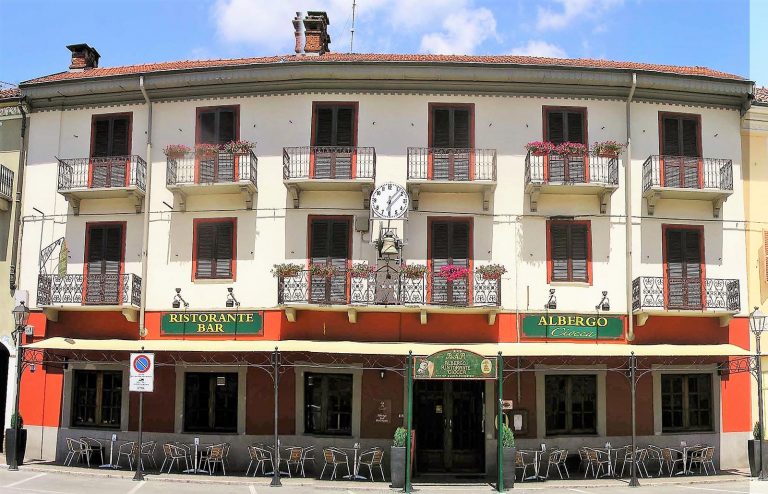 Today the building has a café, an hotel and a restaurant which can accommodate more than 200 people.

Lately the hotel was extended, and a residence was built. Every single room has facilities and comforts for a pleasant stay in the peaceful and calm country.

The Ciocca cuisine is founded in the quality of the typical Piedmontese courses: boiled meat, finanziera, mixture of fried, truffles, mushrooms and asparaguses.

The café has a big dehor, stools and music, ideal for a fanciful happy hour.

Near the Ciocca there are beautiful Baroque and Romanesque churches and a wonderful landscape. Here one can breathe history, culture and magic.

Let’s get to know each other better